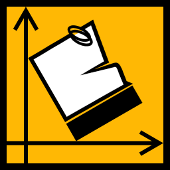 I AGREE WITH THE PROCESSING OF THE PERSONAL DATA
YES details

Experience in management consulting – since 1989.

About the Author in detail

Idealization of data structures. Ideal function
The application of TRIZ in IT and programming (TRIZ-RI Skills)

This solution was created during a quest for the ideal - both in terms of management and in terms of TRIZ. The wording of ideal (which corresponds to a spirit and intention which was formulated by Genrikh Altshuller, while creating TRIZ, and which promoted the development) is as follows:

1) Ideal program is program which can be maintained and even improved by a programmer with a lower qualification then the author, and even without author being involved.

2) Ideal program is program which does not require any changes and / or additions to the code if new functionality is added (in fact, for ideal program increasing functionality leads to redusing ammount of code); And all this without any harm to any of its characteristics (for example, perfomance, etc.).

And with programs written so fast and maintained so simply, their creation and maintenance could be entrusted to children. So the adults could spend their time doing great revelations.

This method resolves the contradiction between the secrecy of voting choice and the strict accounting of the every vote.

If there were not the secrecy of the vote, then numerous already existing strict reporting systems (for example, bank’s payments or etc.) could be used for the elections.

Any citizen, listing the symbolic 1 cent payment to the special bank account and getting the receipt about this, thus uses the system in which any fraud impunity virtually impossible (or at least, fraud can not be secret). So even under totalitarian regimes (even in the distant future) the risk of being accused of manipulation with the votes will remain.

But at the same time, any citizen, who carried out his will this way, makes his choice known. The bank account is personal and bank’s wirings are fixed. Although formally banking secrecy exists in any reliable bank, it is precisely the violation of this secrecy any citizen is not able to prevent. Especially, in countries where the manipulation of the ballots is regular.

Thus, the guaranteed proof of the citizen’s will violates the secrecy of this will at the same time. For creating the reliable voting system, it’s necessary to resolve this contradiction.

The solution of this contradiction is described below.

The any company standards

The author of this material, has for the last 10 years been professionally engaged in PR-consulting in the field of management, has had experience in setting up and implementing company standards in various organizations. This experience proves that: the amount of chronic recurring problems from company to company (independent on the type of activity, turnover, share capital etc.) is "the same" and tends towards a constant value.

This gave rise to the opportunity to write down some core company standards for any company.

After reading this material, please replace underlined examples with your own, and, maybe, You will get core company standards for Your Firm.

Two great people have given their opinions about optimization: "The only way to optimize an expensive project – is to close it" (Peter Druker) and "An ideal system is one which does not exist but its functions are being fulfilled" (Genrich Altshuller).

This material is dedicated to (based on TRIZ) the methods of reducing work while keeping and improving its results. In this part of the work, following the steps of the Classics, we formulated the following: "The best work is one which You do not have to do but still get results from it".

About the stimulation of active sales managers. The paradox of an agent

How to give a plan of sales to the trading agent, who actively looks for new Clients, when not only the number of Clients is important but also their “significance”, which is not easy to formalize?

How to proceed in stimulating agents who are looking for new customers, if the first transaction is not indicative? Large customers may well make small trial orders…

What should be done if we found only a few Clients for the month and on top of that, any Client can suddenly pass a large order (it would not be proper to include that in our plan)? That is, to wrongly set up the target income twice or even 20 times(!) is very easy in such a case.

What is to be done in those situations when it is important that the agent not only aims at getting a big revenue from a newly found Client but also tries to sign a contract for more favorable terms for the company on deferred payment.

We shall collect 4 challenges in one salary...

Shortcomings of stimulation through profit/turnover

Not considering the fact that the turnover and the work-load are not interconnected. Consequently,

1.1.  A huge one-time (sometimes sudden) “turnover-making” order, does not bring further work-load, but the salary increases and as a result the employee relaxes.

And on the contrary. When the main work with the long-waited Client just begins, and new applications are not forecasted, the employees wants to “lawfully” know: why their salaries “fall” as compared to the last “profitable” month, though they are trying harder and wasting more time.

1.2. The employee unconsciously begins to dislike cheap products and services, tries to run away from working with them and consequently does the same in regards to Clients who buy such products. Thus, in some shops, at the tea/coffee (conditional) grinder stands, you might not at all find salespeople (unlike, for example, at the projection TV stand).

As a result, the bonus is "not transparent". The relation between salary and work efficiency is lost.

The level of the salary on the market and the size of a specific business are not correlated.

There are specific professions and there are their costs on the labor market. There are tasks which are handed over, and there is the price for solving them. And there is also the question, which everyone asks: "How much is such a specialist paid in our city?"

Of course, a good employee can and should earn more, and a bad employee — less. However, the salary of analogous employees in different companies, cannot actually differ greatly. It can differ about 20–30%, but not as multiples, specially, not ten times more; although the income in a huge supermarket and in the "shop at the corner" can differ about hundred times.

Do You wish to create a general fund and team spirit? Did You check Your structure?

The most common management error which causes team disease is called objective structuring, when the responsibility zones of managers inside the sales department are not properly assigned (they are attached to brands, goods groups etc.). Sometimes sales are not brought out into another section. I.e. the employees of departments which render services to Clients (consulting, service etc.), sell this service themselves.

Substitution of functions (laziness of the second level)

When it becomes immoral since the laziness is visible to people around, any "lazy-bones" starts spending the most part of his time (literally "from dawn to dusk") on fulfilling more simple, psychologically more pleasant, but vain work.

In other words, when the required control is absent, the main work of the employee (due to human nature) will be substituted with a more comfortable one...

Plans, Standards and Tasks. Is it really required to set them?

Sometimes it is said that: "Maybe it is not required to set tasks, evaluations, standards? Any plan, - shall say a director having many free-loaders on his arms, - is a threshold, and its absence – gives unlimited possibilities. If a person wants to work more, then why would he require a standard?"

Actually the director does not have a choice – whether to set up an evaluation and plans or not. A standard as an image...